For over 60 years Veurne’s sugar factory held an important position in both spatial and economic terms in the city of Veurne. Over the decades when the factory was in operation, the 42 ha site saw a large new landscape structure evolve that consisted primarily of an interesting pattern of settling ponds.

When it closed, the factory developed into a culturally and historically valuable site and likewise became an exceptional biotope in the city centre. As a result of the demarcating of the spatial implementation plan, OMGEVING was tasked with designing a new district that includes a 17 ha urban park, a 15 ha site dedicated to new commercial activities, and 10 ha to bolster the residential capacity.

OMGEVING used the prominent and valuable patterns of the dike structures as its point of departure for this project. These spatial structures were retained, insofar as was possible, and were upgraded and restyled to form powerful spatial structures in which nature, commerce and housing could be introduced in an innovative manner. By locating the park centrally in the site, a green heart was created for the new district that the occupants of the new housing, the users of the future business parks, and the recreational users could all make use of. Starting from that central green zone, the new district is fluidly linked to the railway station area by means of a network of paths, while a pedestrian bridge connects it to the historic city centre. 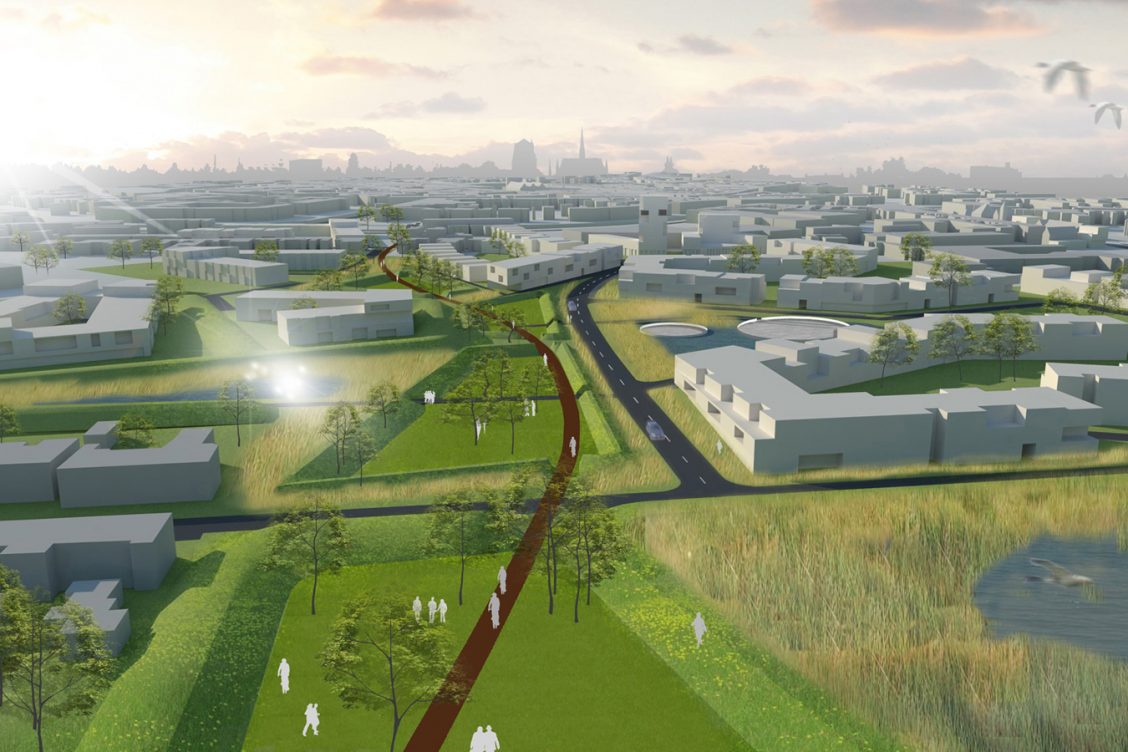